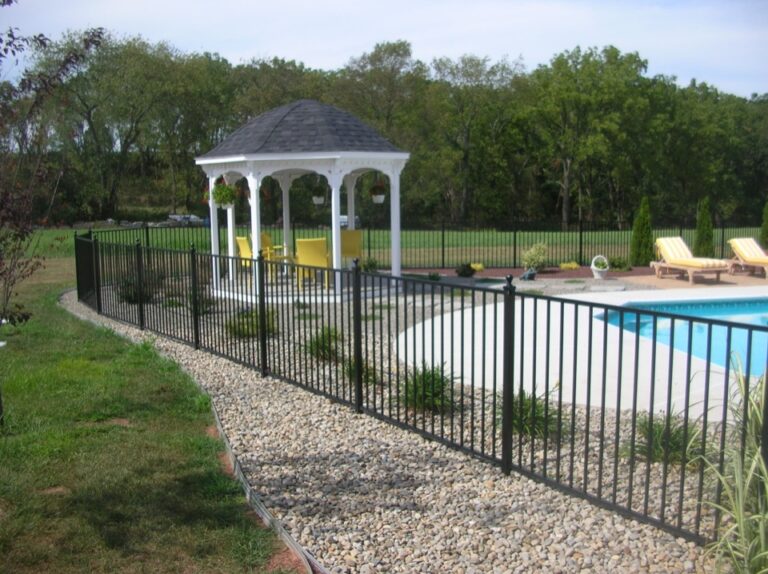 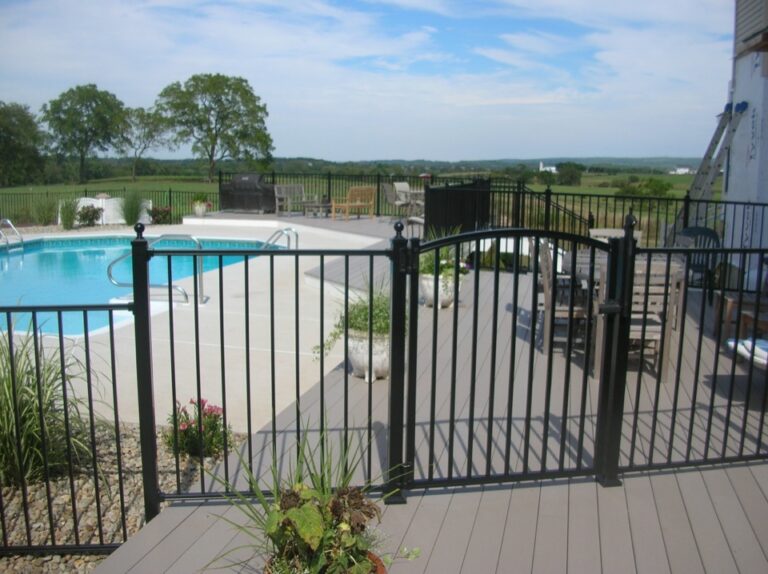 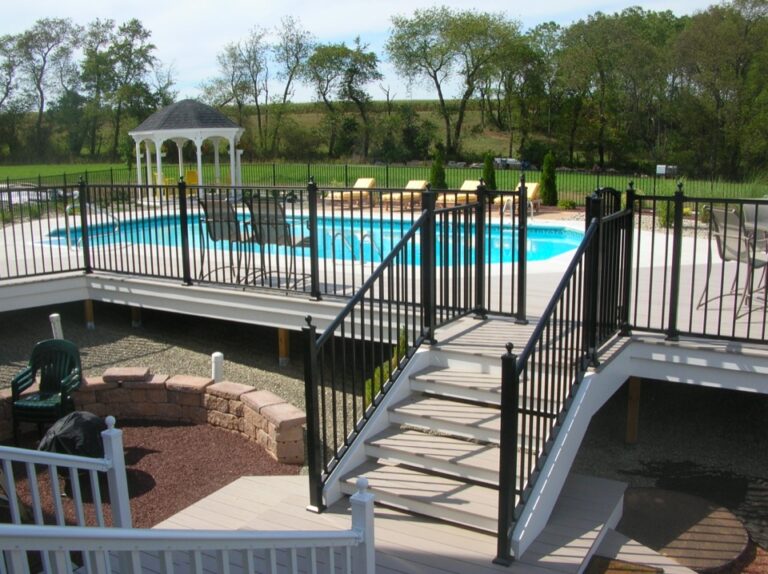 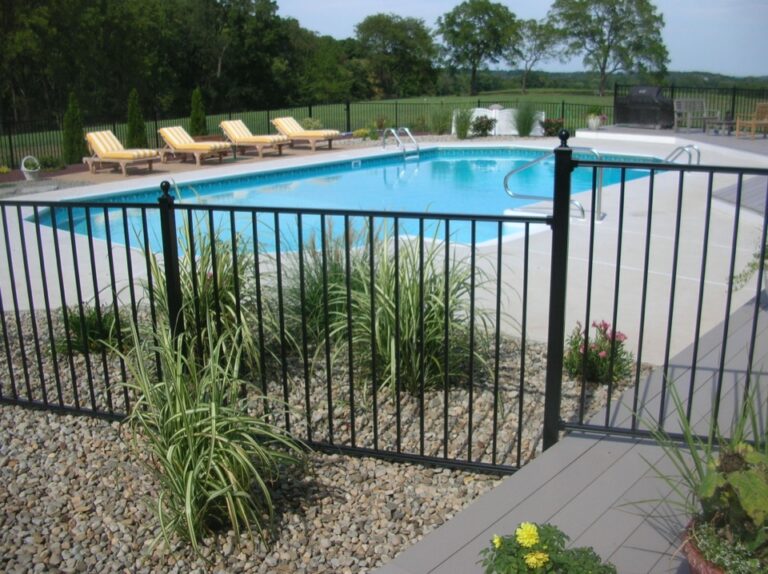 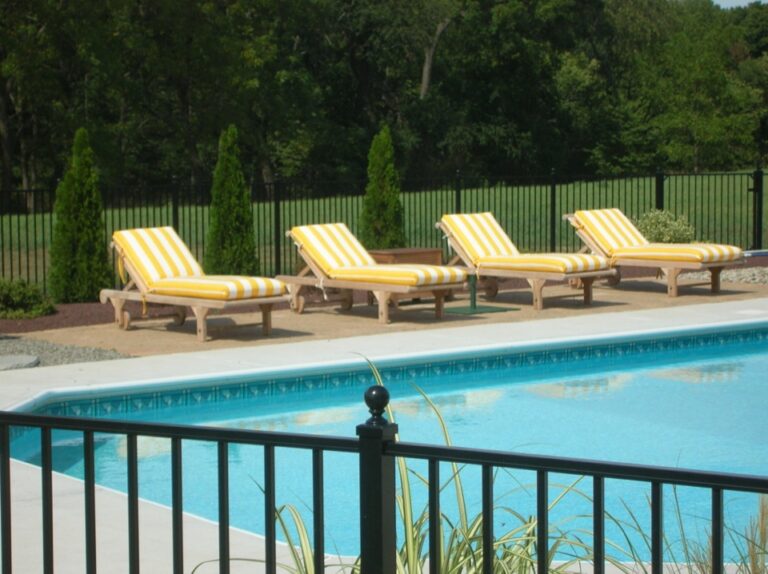 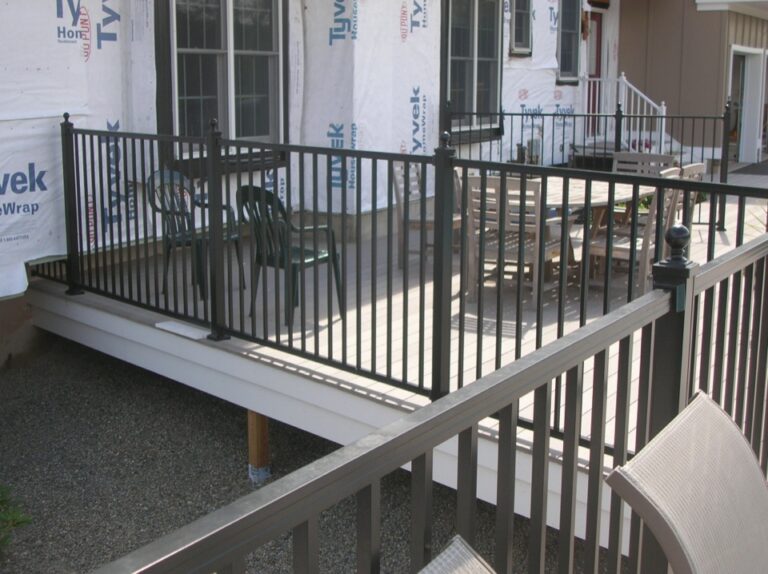 When Ken Drakes, an architect from Ringoes, New Jersey, had finished designing his horse barn and surrounding pastures, he set out to find contractors that would meet his high standards. While meeting with B&D Builders (who eventually built his barn), he mentioned that he needed a fencing contractor. B&D immediately recommended AK Fencing – and even showed him some photos of fencing projects we had done.

Ken later commented: “When I saw the pictures, I knew these were the people I wanted to do my fence. The tops of the fence were nice, even and flowing. As I drive around, I see many fences that are uneven and I didn’t want any of that.”

Several years later, Ken added a pool onto the end of his house, as part of his remodeling project. Included in his plans was a 48in black Regis Aluminum fence around the pool. He also wanted to install Westbury Railing around the new deck he was planning, between the house and pool. Ken gave us a call, and we got right down to work.

With all the different styles of fence and rail integrated so skillfully into his property, Ken says “My property is like an AK Fencing showroom!”

While working as an architect, Ken always recommends AK Fencing to his clients. He is very pleased with the fencing and workmanship on his property.