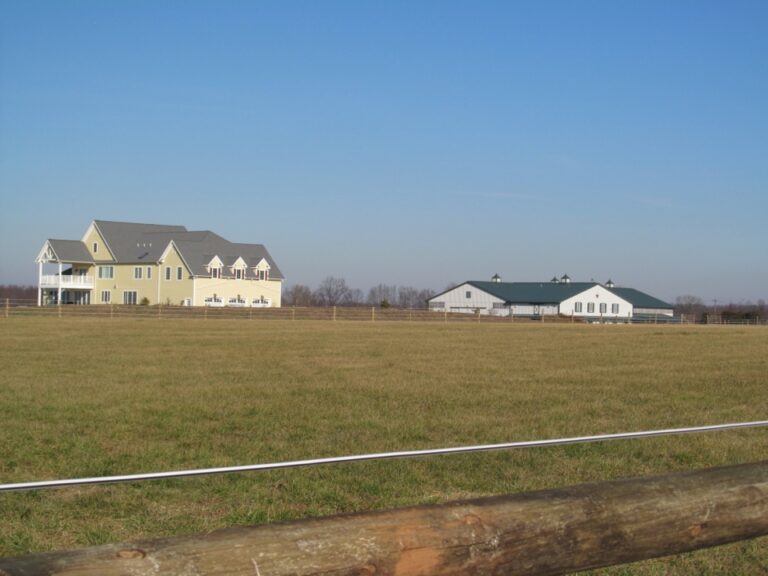 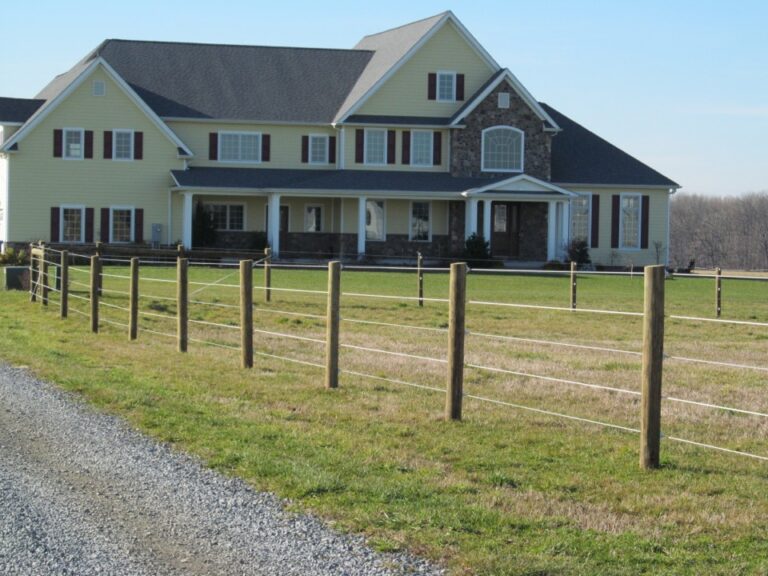 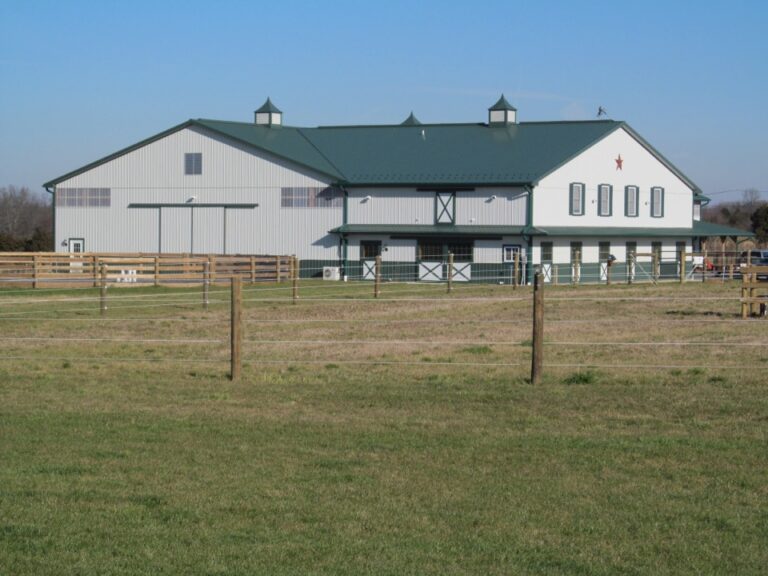 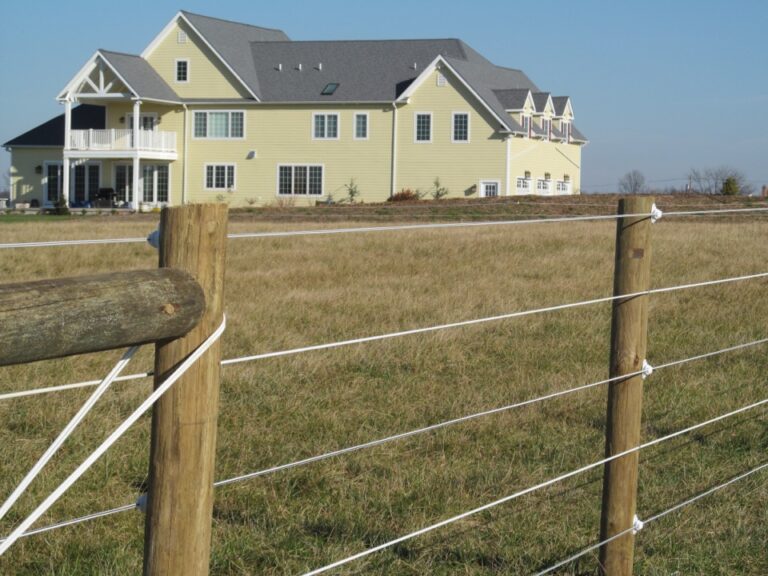 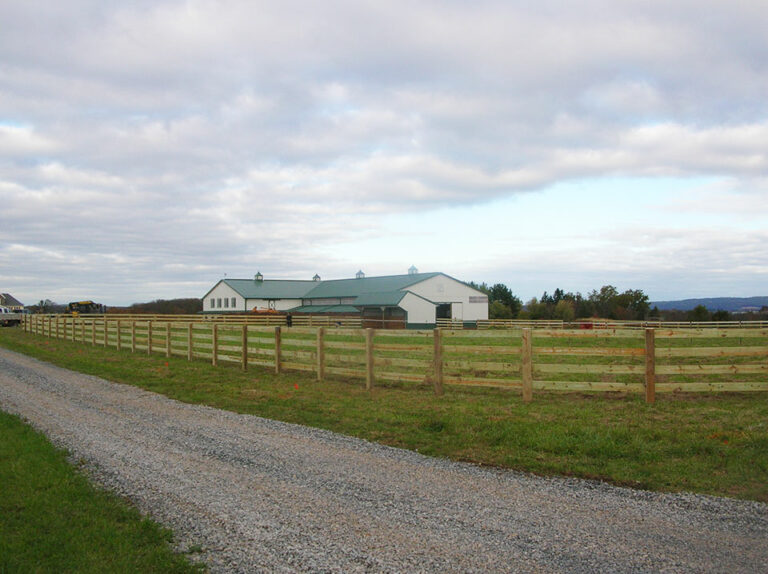 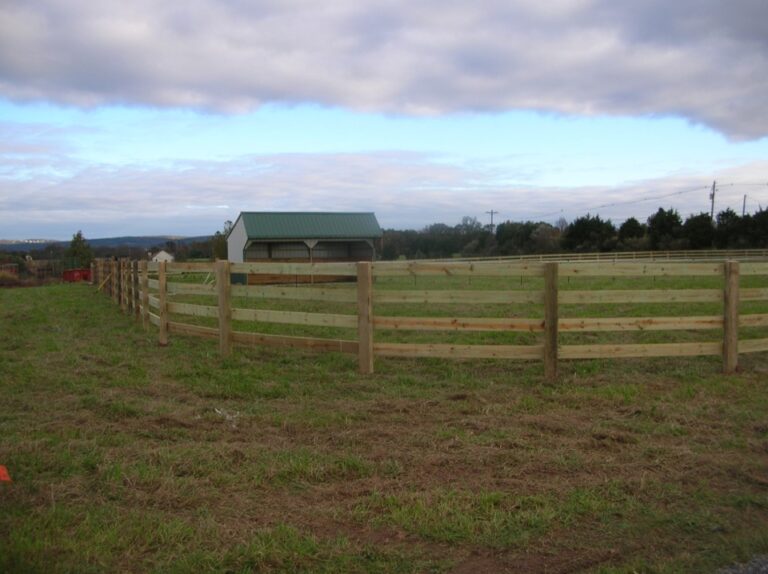 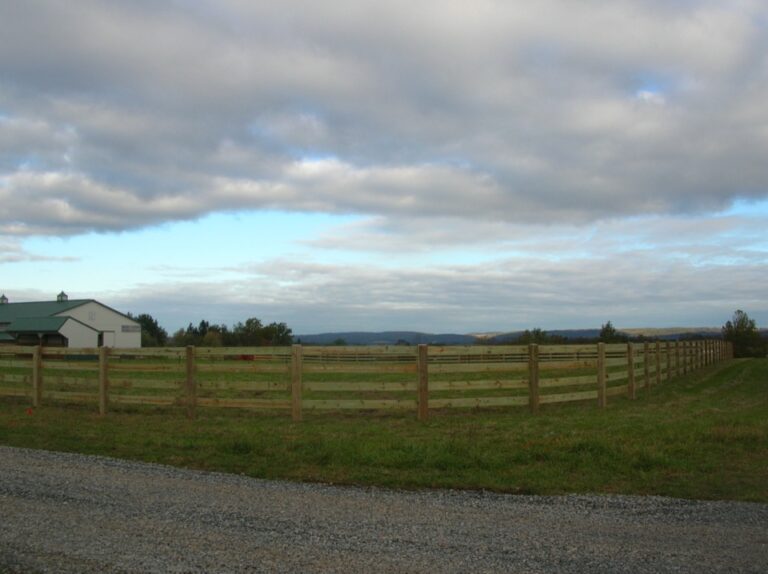 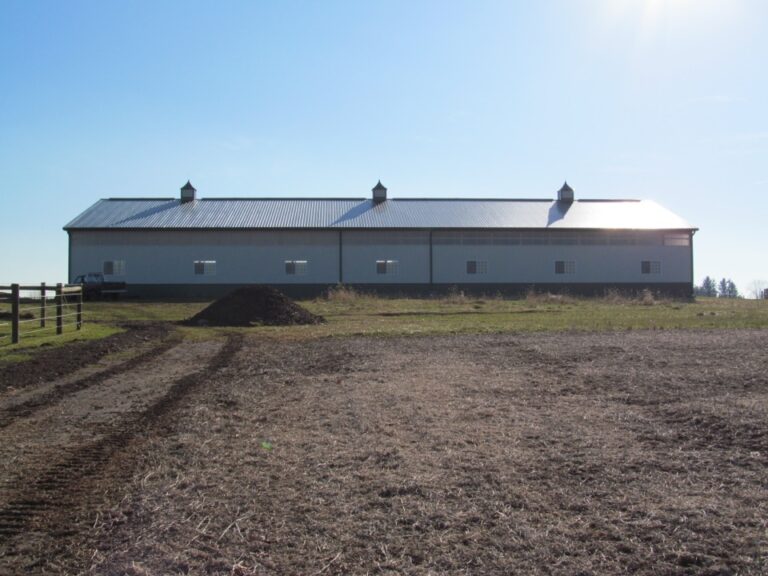 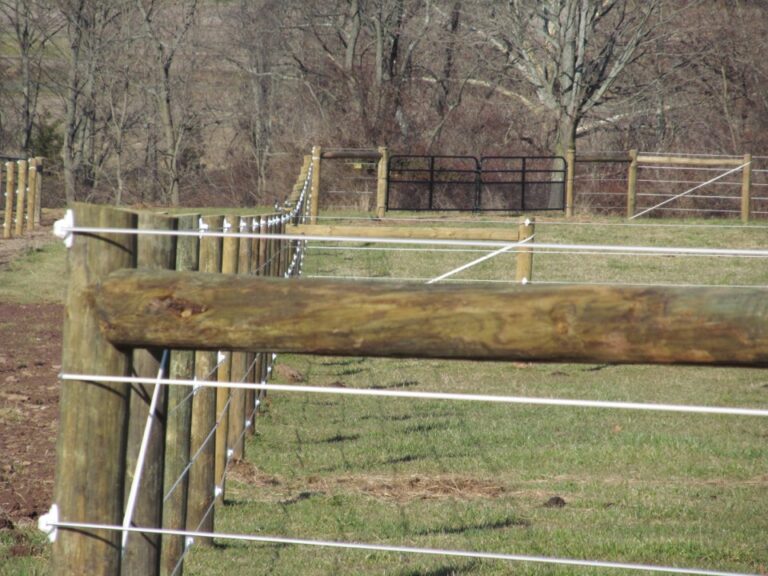 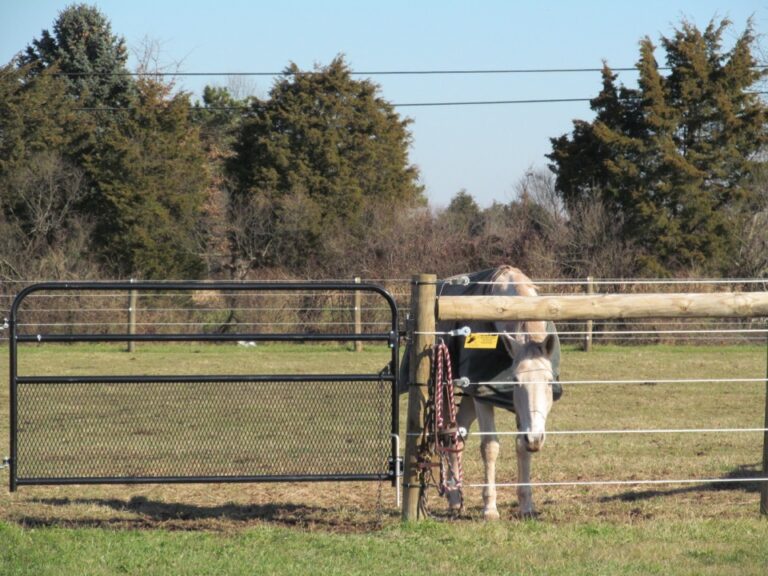 Joel and Rosemary Gross purchased an old farm in Central New Jersey, set picturesquely along the Delaware River. After building a house and a barn, they were ready for the fencing. Their barn contractor, E&F Ag, recommend AK Fencing.

Joel met with Rueben from AK Fencing, to discuss their plan. They needed a safe fence for their horses, with gates large enough to move farm equipment through. They also needed fencing for a round riding area. After looking at various fencing samples, they decided that the look and design of Post & Board fence would work best for their purposes. Joel and Rosemary signed the estimate, and worked out a time for the project.

After planning the fence layout, our crew got to work – before long, the gate posts were set in concrete. After a lunch of delicious pizza (courtesy of Joel), the crew got started pounding in the 4×6 fence post with a skid loader. Around 6:00pm, the crew finished up for the day and headed to a local hotel for the night. Early the next morning, they were back on-site, recharged and ready to nail the pressure-treated Southern Yellow Pine Boards to the posts. Later, they would attach a hot wire along the top of the fence, connected to a Cyclops solar charger.

Two days later, the 785-foot, 4-board pressure treated Southern Yellow Pine Fence was complete. Joel was very happy, and told us we should expect to hear from him soon!

Sure enough, six months later we were back – this time to fence a paddock, mainly for the cattle. This time around, Joel wanted something more economical than post and board, yet still safe for the horses. After some discussion, he decided to use five-strand coated high-tensile fence, with three strands electrified. The fence would be five feet high to discourage horses from jumping it, while the wire would be coated to prevent injury.

After finishing one paddock, Joel approached the NRCS about the possibility of obtaining funding for more paddocks, to raise beef cattle. Their request was approved, and in September 2012 AK Fencing was back on the farm! This project included 8 paddocks, 93 braces for corners, 14 gates, and around 4,000ft of fence.

The fall weather was a delight to work in, and the bulk of the project was finished in just two weeks. With autumn fast approaching, AK Fencing put the project on hold until the soybeans could be harvested. Late November, the crew was back on site. The rhythmic sound of the post pounder and the shouts of the guys at work rang through the frosty mornings. The pizza delivery guy was a sure sign of lunch time. Many memories, some good friends, and lots of strong fence were made.

“My wife and I want to thank you and your crews for a great job on all our fencing. We appreciate the quality of the workmanship, your attention to detail, and your          customer service. It is a pleasure to look at the fence and use it every day. Our best wishes!” – Rosemary & Joel